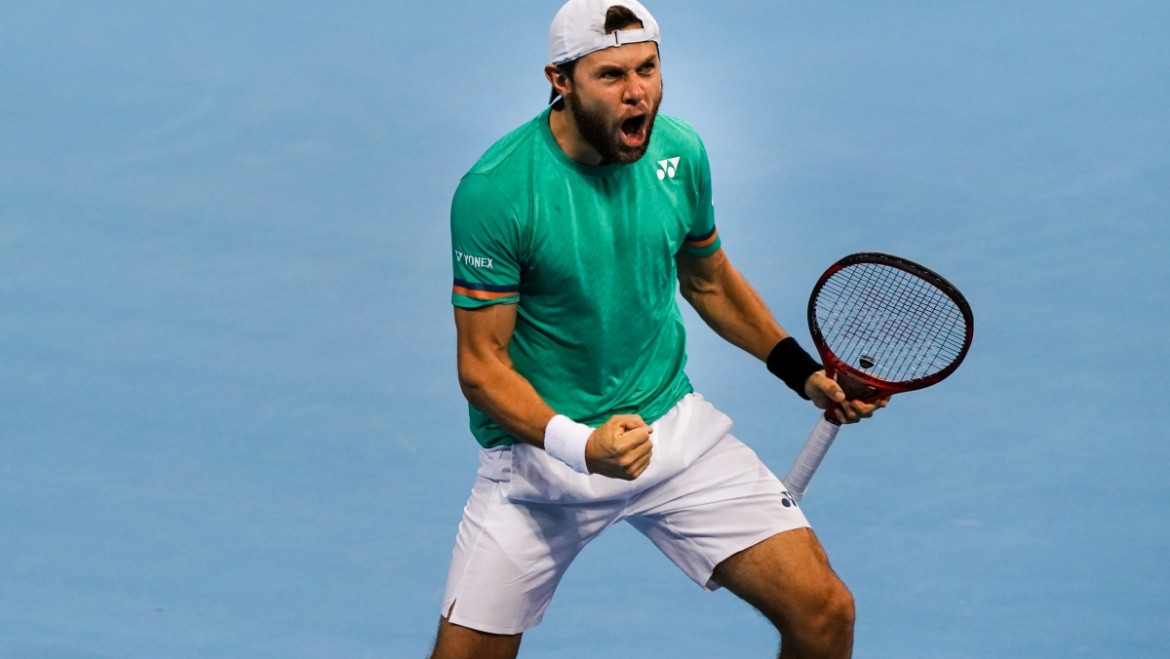 Radu Albot stole the show at 2020 Sofia Open after defeating the top-seeded Denis Shapovalov in the second round 6:2, 6:4. It was the first match of the young Canadian, the current world No 12, in Arena Armeec, and it lasted just 74 minutes.

Albot, the current world No 93, served great and never lost a game with his serving. Two breaks at the end of the first set and one more at the end of the second were enough for the win. 30-years-old won 86 per cent of his first-serve points (31/36) and saved the two break points he faced.

“I’m really happy that I was focussed for the whole match and I was just trying to think about my game and not about what he was doing,” Albot said for ATP.com. “There are some days that everything goes your way and I think this was one of those days. The beginning of the year was not good for me. I was not competing at all in the beginning of the year,” Albot said. “When tournaments restarted in the U.S. swing [in August] I was also not playing good there. I was not injured anymore, but I was just playing bad. It took me a while to remind myself how the game is played, to understand how to play the game, how to compete, what my strength is, how the game works for me. This is not easy to execute all the time at the highest level, especially when you play with the top, top guys. Everybody knows how he plays, how aggressive he is. I’m really happy that I could handle the pace at the beginning of the match and I’m really happy that I was able to handle it for the rest.”

Albot opened his campaign in Sofia on Sunday with a 6:4 6:1 win over Youichi Sugita His next opponent will be the winner between Egor Gerasimov and Adrian Mannarino.

21-year old Shapovalov was the top seed for 1st time in his career at a Tour-level event. Last week he withdrew from ATP Masters 1000 Paris as defending finalist due to shoulder injury.

The Moldovan star lost his first seven tour-level matches of the season. But he has come on strong in the past month. By upsetting Shapovalov, Albot advances to his second ATP Tour quarter-final of the year.

This was Albot’s first victory against a Top 20 opponent since the 2019 Western & Southern Open, where he defeated then-World No. 18 Marin Cilic.