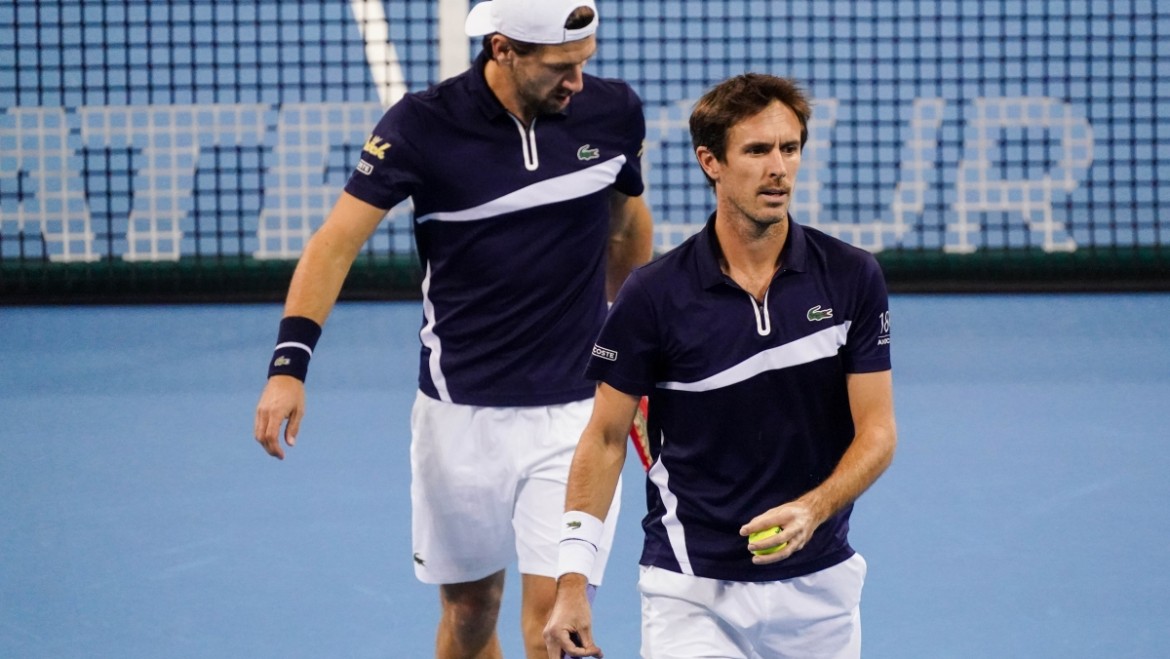 Jurgen Melzer and Edouard Roger-Vasselin moved one step closer to earning the final Nitto ATP Finals spot on Tuesday. In their first match in Sofia the top-seeded double defeated wild cards Dimitar Kuzmanov and Viktor Troicki 6-2, 6-4 to reach the quarter-finals of the Sofia Open.

earned five service breaks in their first-round match, winning 55 per cent of their return points en route to a 62-minute victory. They will next play Brits Ken Skupski and Jonny O’Mara. Skupski is Neal Skupski’s older brother.

The top seeds have now forced second seeds Jamie Murray and Neal Skupski to win the title to have a chance at qualifying for the season finale, to be held at The O2 in London from 15-22 November. If Melzer and Roger-Vasselin reach the final, they will claim the last remaining berth regardless of what the Brits do in Bulgaria.

Also advancing to the second round were Nikola Cacic and Aisam-Ul-Haq Qureshi, who battled past Frederik Nielsen and Tim Puetz 3-6, 6-2, 11-9.