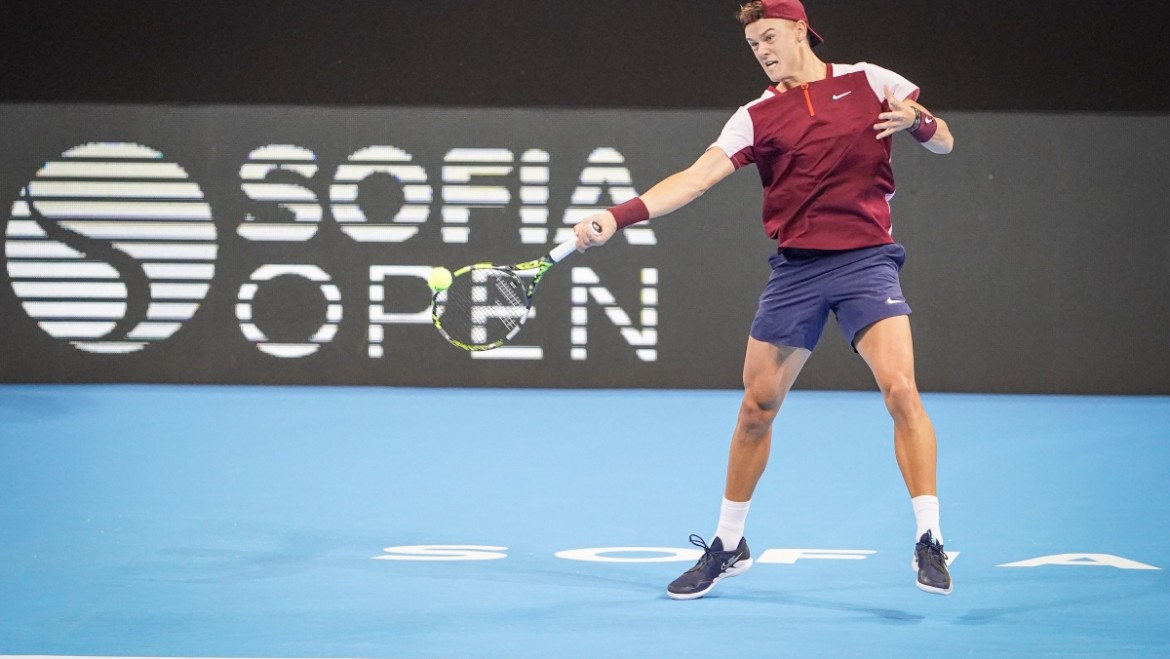 Holger Rune and Tim van Rijthoven produced a real battle of equals in a hard-hitting first-round clash at the Sofia Open on Tuesday afternoon.

Dane’s ability to raise his level in a pair of tie-breaks ultimately proved decisive in Bulgaria, where the #NextGenATP Dane prevailed 7-6(2), 7-6(6) for a success in his maiden appearance at the ATP 250 indoor hard-court event.

“It feels very good,” said Rune, who reached his career-high of No. 26 in the Pepperstone ATP Rankings in August. “I had just a couple of days of practice here, but I’m really enjoying my time. It’s a tough first round, you never know who can play amazing [and he’s had] some great results, so I’m super happy to get through.”

Despite firing only 18 winners to Van Rijthoven’s 27, Rune showed his mettle under pressure at key moments, and saved a set point at 5/6 in the second-set tie-break.

“[I didn’t] want to go to three sets,” said Rune, who will meet Metz champion Lorenzo Sonego or Bernabe Zapata Miralles in the next round. “I had the break and led 5/2 in the [second-set] tie-break. If it [had happened], I was going to fight for sure and try to take it in three, but I’m very happy to finish in two.”

Rune is currently fourth in the Pepperstone ATP Live Race To Milan as he seeks to qualify for November’s Intesa Sanpaolo Next Gen ATP Finals for the second straight year.

Eighth seed Oscar Otte joined Rune in the second round in Sofia after he cruised to a 6-3, 6-2 win against Swedish qualifier Dragos Nicolae Madaras. The German converted four from 10 break point chances he had in a 60-minute win to set a second-round meeting with Kamil Majchrzak.