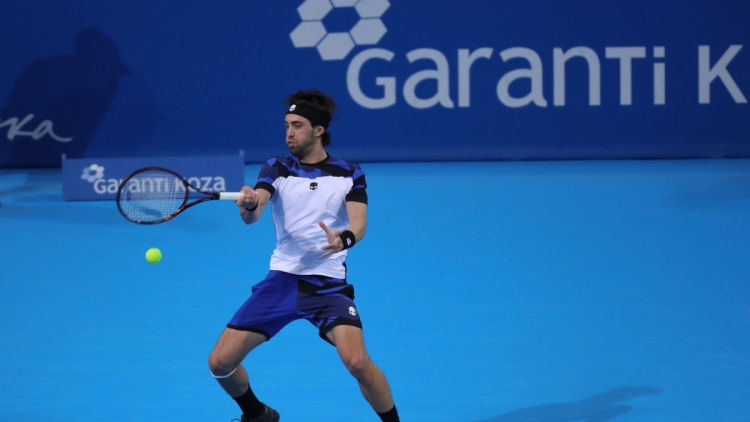 The Georgian came back from 0:6 to defeat Klizan

Nikoloz Basilashvili grabbed the last place in the semi-finals at Garanti Koza Sofia Open. The unseeded Georgian came back after losing 0:6 the first set against Martin Klizan and won 0:6, 6:3, 6:3.

The match lasted almost two hours.Basilashvili made his Sofia debut with a 7:6, 7:6 win over Mannarino and recorded his second Top10 win against top seeded Dominic Thiem in second round.

“When I lost first set 0:6 I didn’t lost my focus on the second and third set and kept my fitness. I am very happy with the way I played. I am looking forward to the next match and to enjoy it,” said the 87th in the world. On Saturday Basilashvili will face the Bulgarian favorite Grigor Dimitrov. It will be their first meeting in ATP Tour.

“I think against Grigor Dimitrov will be an interesting match. For sure it will be one of the toughest in my career. This is his homeland and I will give my 100 % and will try to play good tennis. The atmosphere is good so far. The crowd is unbelievable.”